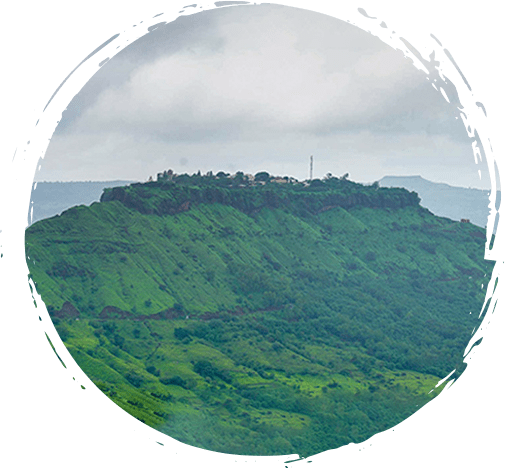 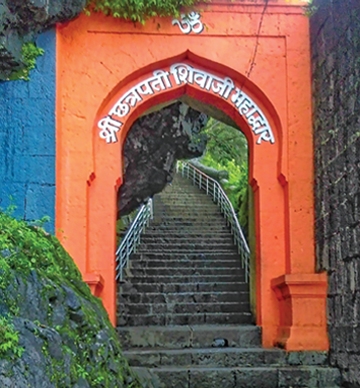 Samarth Ramdas Swami propounded his philosophy by perfectly blending the spiritual and practical sides of life and emphasized the importance of one’s duty & ingenuity. A person of spiritual discipline, having a sense of duty would efficiently serve the society. According to Samarth the ideal form of Virakta i.e., a person, who has detached himself from all the temptations and expectations of the world is someone who whilst being detached and selfless, constantly strives for the welfare and betterment of society while following his spiritual order. Shri Samarth believed that an organization consisting of such dedicated and committed persons would create the kind of awareness in the society needed for its spiritual as well as material upliftment.

In 1644 AD by installing the idol of lord Maruti at Shahapur, (Dist. Satara) the first amongst the famous 11 Maruti temples established by him,

The event might be of religious nature, but it also has a historical importance of its own as soon after establishing monastery (muth) at Chafal, the mighty and revered King Chhatrapati Shivaji Maharaj became the disciple of Shri Samarth Ramdas Swami by accepting him as his Guru in the month of August in the year 1649 AD.

The personality and endeavors of Samarth Ramdas Swami were such that his organization Shri Ramdas Swami Sansthan received immense support from the society & Monarchies. Apart from the religious & spiritual significance, Sajjangad & the Monastery (muth) present on it are of a great “Historical Significance”. The place is not merely a temple having Shri Samarth’s “Samadhi” (Samadhi) as a symbol of worship, but has a historical & mystical significance of its own. ShriSamarth, at the special request of Chhatrapati ShriShivaji Maharaj, stayed at Sajjangad from 1676 AD to 1681 AD. The place where he was residing is now known as Ramdas Swami Muth (Samarth’s Monastery). Chhatrapati Shivaji Maharaj’s son Chhatrapati Sambhaji Maharaj also stayed in the premises for about two months. That is why the place is not only sacred, but also of great Historical significance.

The Monastery (muth)’s has a special section or compartment (room) which is known as the resting room of Shri Samarth. (Samarathanche Shejghar). The well preserved articles and artifacts used by Shri Samarth himself are kept here which make this place an exceptional historical monument. To name some of the items stored in the resting room are a bed gifted by Shri Chhatrapati Shivaji Maharaj to Shri Samarth. A portrait of Samarth drawn by his disciple MeruSwami Goswami Thanjavurkar, is kept on this bed. One can visualise the physique and personality of Shri Samarth by means of this portrait.

On one side of the bed there are unique artifacts used by Shri Samarth namely;
1) Crutch (Kubdi) given by Chhatrapati Shri Shivaji Maharaj 2) Crutch (Kubdi) given by Shri Dattatreya. 3) Cane stick 4) Cudgeqwel. The crutch gifted by Shri Shivaji Maharaj to Samarth is a mysterious artifact as it conceals a sword known as Gupti. Even today, the servants at the fort show this Mysterious Crutch i.e., Gupti to the pilgrims upon request.

There are two large pots made of copper in this resting room that catch one’s eye. These were used by Shree Kalyanaswami, a beloved disciple of Samarth, to fetch water from Urvashi alias Urmodi river from Parli village every day. On the side of these pots are the Valkalas i.e a Shawl made by using the inner bark of a tree, given by Lord Hanuman himself, which were used by Shri Samarth.

The brass pot from which Samarth used to drink water and his spittoon can also be seen near the bed. Samarth used to eat Betel (Vida) to alleviate the trouble of phlegm he had, which is why he used a box to keep the leaves and a spittoon.

The idols of Shri Ram, Laxman, Sita and Maruti which are made of five metals (Panchdhatu) were made by an artisan of Thanjavur (Tamil Nadu) and these were kept in the resting room of the monastery (muth). After abstaining from food for the last five days, Shri Samarth took his last breath in front of these idols on the 9th day of Magha Month i.e. Magha Vadya Navami, Shake 1603 according to Hindu calendar, i.e. on January 22, 1682.

Shri Samarth Samadhi was miraculously revealed at the place where the last rites were performed and a temple was constructed on it and the abovementioned five metal idols were installed in that temple.

Historical buildings at Sajjangad such as Shree Samarth’s Monastery (muth), his Samadhi, Goddess Anglai and other temples as well as Bhandar Griha etc. are owned and managed by Shri Ramdas Swami Sansthan. Since the heavenly abode of Shri Samarth in 1681 and except for about 9 years when Sajjangad was under the occupation of Aurangzeb.

Everyday religious rituals which start in the early morning and end in the evening, the ritual of daily offerings as well as festivals such as Guru Purnima, Das Navami, Ram Navami and other occasional programs have been uninterruptedly performed and celebrated by Shri Ramdas Swami Samsthan.